This project was the Studio’s first pop-up. It was commissioned by a brand that wanted a funky, alternative space to complement its progressive ethos. The semi-urban locality that the pop-up was located in made it an unusual space for a luxury store; for the studio, this was a chance to make the ‘pop’ factor quite deliberate. Space, and the short amount of time in which the project was to be completed in, were both initial restrictions that ended up being assets for the team: the first allowed for experimentation – resulting in some fun elements like disco lights – and the latter produced some playful interventions, such as the window entrance. The end result was a funky, progressive, space. 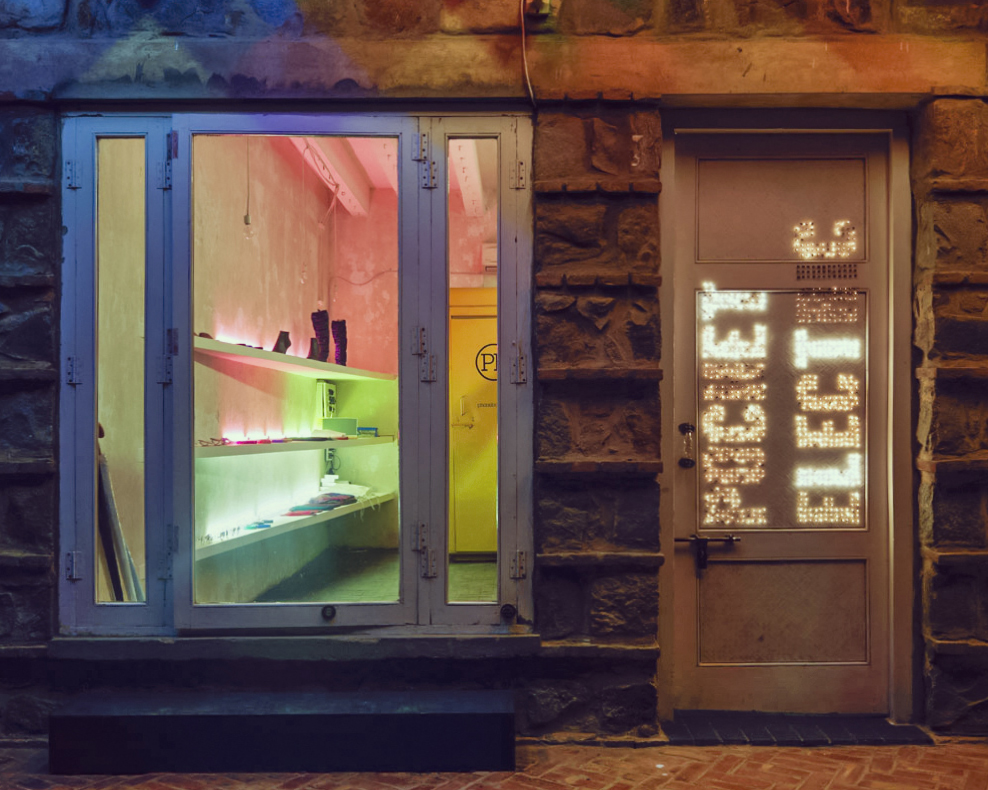