Early on in Fiona MacCarthy’s biography of Walter Gropius, she tells a story from the childhood of the great German creator of the Bauhaus. Asked, when he was still a small boy, what his favourite colour was, the young Walter replied: Bunt ist meine Lieblingsfarbe, meaning, Multicoloured is my favourite colour. ‘The colours of the rainbow were what he really loved,’ MacCarthy says.

What did he mean, this small boy who went to lead a entire movement in architecture? It was, given everything we know about him today, an early sign of his love for variety. As MacCarthy says, Gropius appreciated everything from Classical Greek building styles to the shapes and forms of twentieth century Japan. He loved both the Beatles and Schoenberg.

It was a sign of a wildly open mind: he approached the question about his favourite colour not as an injunction to narrow his mind, but to keep it, firmly and deliberately, as broad as possible.

And that’s what we, when we think about creating something new, whether building something on an empty plot or thinking about renovating an existing structure—that’s what we do: broaden our lens to think about all the possibilities there are, to consider all the different facets of the space, and to encompass, in our final proposal, the hopes and dreams of the person or people who will end up inhabiting the space.

How do we do this? We ask questions. As many as we can think of. And we don’t look for one answer, but many. Only then, after applying this prismatic approach, can we take the next step: the design.

And only then, after this process of stress testing the brief with as many questions and answers as possible, can we get to the final step: building it out. So that when everything is done, when the doors finally swing open, walking through the building and taking in the space shouldn’t simply be a practical exercise, where the goal is to service a narrow function, but something far broader, informed by a rainbow of factors.

What are the colours of this rainbow?

It might seem a strange answer, and certainly a strange way to explain what we do, but it’s the truth: we can’t know what we think about a project, or even how we might think about it, until we have asked tens, maybe even hundreds, of questions, and found hundreds, possibly even thousands, of answers.

But we do know how we’ll begin.

Let’s say we’ve been asked to build a new office. Sounds simple enough. It’s a workplace, we all know what they look like. Or we think we do, anyway.

Because here are just a small sample of questions that need to be answered before we can even begin to think about the space and what it should be: what is this new office supposed to feel like? If it’s for a set of lawyers, it’ll have to feel different than if it were for a set of musicians. (In our books, one of the most damaging phrases ever uttered is ‘One size fits all.’ It can’t.) So, who’ll work there? How much time will they spend there? What do they need to do there? Will they have a steady stream of visitors during the day, or not? And the structure, how big does it have to be? Where will it be? Near a busy road or down a quiet street? Each answer changes our approach. Not always substantially, but accumulation of changes is substantial.

And how will this building, this space, live within its surroundings? Is it surrounded by big hulking glass structures? Or will be one among a set of low buildings that blend into the landscape?

And what will it be made of? Another seemingly simple question. But the answer isn’t simply brick or stone or concrete or glass. Because the question is broader: what materials are available locally? Not because it’s fashionable to go local. We’re not trying to live up to a slogan or keep up with a trend. It’s a broader idea: when local people—artists, designs, craftsmen, call them what you will—create new things, they do so with an intimate and unrivalled knowledge of their surroundings. They know how hot or cold it will be when the seasons change. They know what their landscape looks like, the colours that are found there. That’s why what they create often seems serendipitous: it fits into everything around it, like a piece of a jigsaw.

Too many questions? In fact, not enough, not nearly enough. It’s why we’re a deliberately small team, for work like this calls for focus: we will come to everything new with a whole new encyclopaedia of questions.

It’s why, for us, no two projects are the same. We could be working, at the beginning of the year, on a 5,000 square feet space. It could be anything: a home, an office, a store. Literally anything. And then, at the end of the same year, we could be working on a similar 5,000 square feet space. Another office, perhaps. Or another home. The two could be in the same city, on the same road. In fact, they could be next to each other.

But even then, for all these commonalities, they will never—they can never—be the same. Not for us.

Different people will occupy them. They might have different needs or different tastes. (They almost certainly will. Even people from the same background, the same histories, can diverge in meaningful ways.) And there could be more, much more.The way the plots are shaped, the tree cover in the area, might mean, for instance, that the way sun feels standing in the eastern corner of each plot is wildly different.

That’s our goal: to find those answers.

an establishment where an art is taught or studied 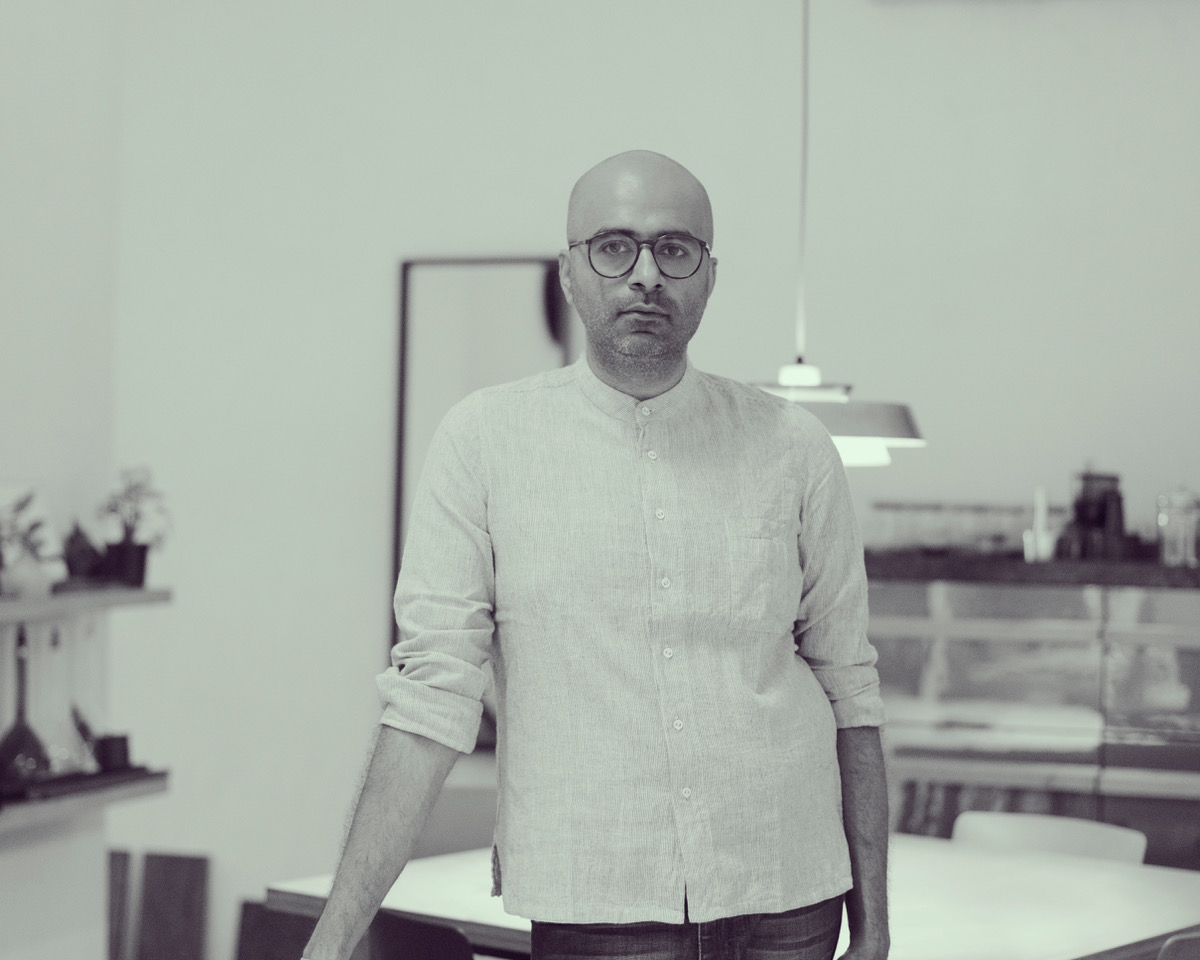